When Siri first came onto the scene it was amazing! You could talk to your Smartphone and it would understand you and talk back. How cool?!

Since Apple Launched Siri that day nearly 5 years ago, we’ve seen two of Apple’s competitors launch their own version of Siri with slight differences. Google launched Google Now and Microsoft have launched (quite recently in fact) Cortana.

A company recently tested these three platforms against each other with various different queries. The queries were either factual or not. An example of a factual question would be, What is SEO? Which has a definite answer. Other questions asked were things like What is Love? Which is a bit more subjective and complicated.

See the results for the merged results (factual & subjective) and also the factual results on their own: 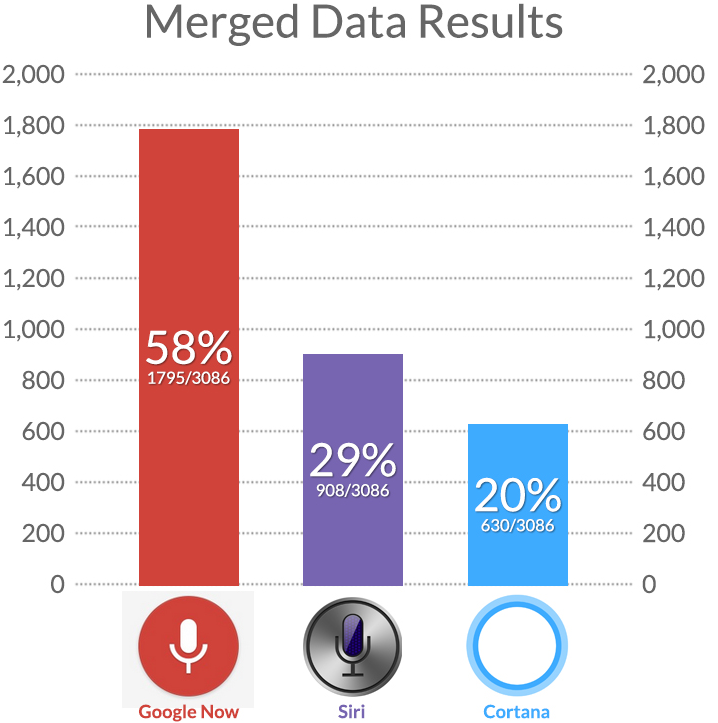 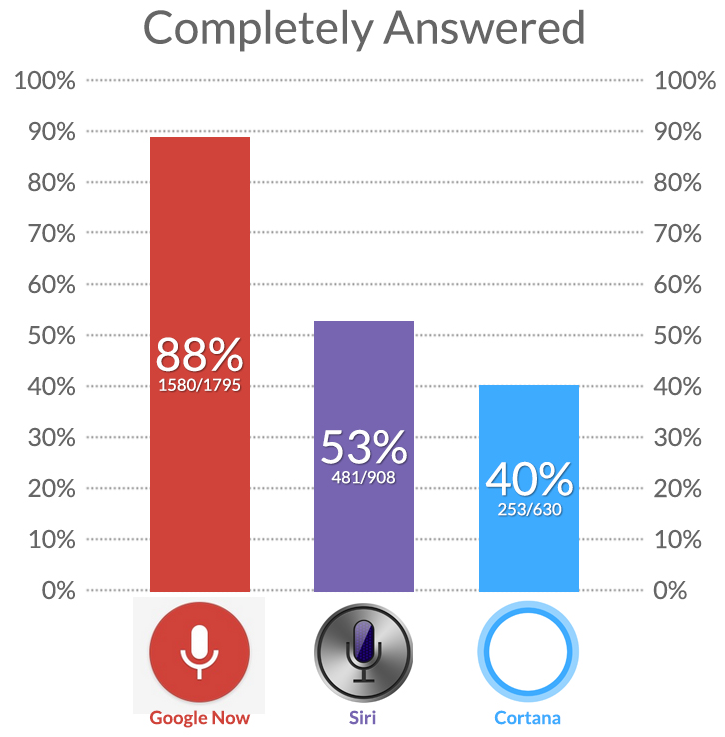 Do you use any of these services? Which is your favourite?