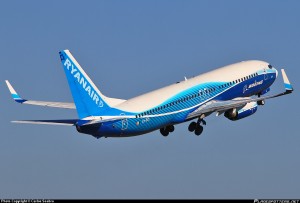 This news comes after Ryanair CEO Michael O’Leary was giving an interview to the Irish Independent newspaper. They claim that Ryanair will be providing all their flight data such as flight times, prices etc to Google so that Google can make a price comparison and purchasing tool.

Here’s a quote from the interview:

We’ll be sharing the Ryanair pricing through all of the Google outlets, so when you go in, there’ll be route selections, cheapest prices and so on. Google [is] developing a price-comparison thing themselves.

This would be a great idea from Google as they already have some great flight information in their Google Now App. Another good fact about this is that Google won’t be charging flight companies for their data or inclusion in the tool. Michael O’Leary states:

So with no cost to take part in what will undoubtedly be a great tool, how much do you think Google will be using advertising in this? Will they run an adwords-esque set of adverts, or will they run something like Promoted Flights?