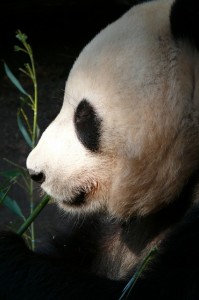 A while back we told you that Google would now no longer be confirming Panda Update. But now we’ve heard from Google that Panda updates will now run on a month by month basis.

The interesting thing is that for the latest update, the gap between that one and the previous update will be closer to 6 weeks. That’s not the interesting part. Google have also stated that they’re working on the Panda Algorithm to “soften” the effect of it. They’re looking for more signals from websites that, although definitely affected, have only been affected to a degree. Webmasters who have no idea why they’ve been hit will sound off a sigh of relief as Matt Cutts has stated they’re looking for “Extra Signals” that help indicate the quality of a website.

Good news then if you’re in this grey area of sites affected marginally by the Panda Update.

So, when Google updates the Panda and releases it, it’s meant to take around 10 days for the algorithm to finish updated its results. Meaning, that if the Algorithm is rolled out on the 1st of July, it won’t finish updating itself until the 10th.

This could spark a whole new type of fluctuation in rankings for the first 10 days of every month. Are you one of the websites who might benefit from this Panda Flux?