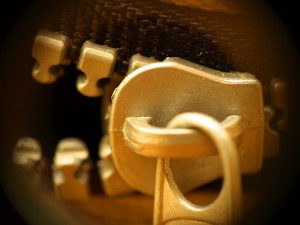 It’s been like this for a while. Rumours abound that Google are going to release another update. Hogwash, some say. Another? Cry others. Then the inevitable boom in conversations “My site has dropped”, “Well my site has climbed”, “Well mine is currently somersaulting somewhere over there and I’ve given up”.

Once all the humdrum finally calms down and people’s rationale is somewhere near level, Google come out with a message that stirs it all up again. “Oh yes, we did release an update, sorry about all the bother”. This usually leaves a lot of people wallowing in indignation occasionally muttering “not fair” and aiming kicks at the odd inanimate object.

However, this is all about to change. Recently Google (or more specifically Matt Cutts) have announced that they’re about to integrate Panda into their Algorithm. This in effect ends the manual refreshes of Panda which is also now leading to Google (or again, Matt Cutts) refusing to confirm Panda Updates as they have done in the past.

There have been 25 confirmed Panda Updates so far. Last week Matt Cutts inferred that Google were about to release another Panda update, but then later added that there would be no more instant impact of the update due to the incorporation of the updates into the algorithm. Due to the now muted impact of these new updates the decision to confirm updates has been reversed and Google will now be keeping quiet when face with questions on updates. A direct quote from Matt Cutts states:

“I don’t expect us to tweet about or confirm current or future Panda updates because they’ll be incorporated into our indexing process and thus be more gradual.”

So that’s it. The next time the Google update rumour mill starts churning, expect no confirmation from Google and try to get off the mill before you get too dizzy.