Google is constantly trying to bring more and more quality to all of their services. Something they’ve done in the past was to run a competition where users can upload maps to Google of their favourite places.

Dubbed the “Mapathon”, users were encouraged to create maps in India using Google’s mapmaker tool. This was in 2013 and one of the rules was for users not to upload any information regarding military installations. Google was warned directly by the CBI (Central Bureau of Investigation) not to collect “classified data” which included the location of bases amongst other things.

As it wasn’t Google who were creating and uploading the maps and locations, some locations of military installations were uploaded to Google’s servers and now appear in Google’s maps.

India is FURIOUS! Calling Google’s uploading of the data an act of “polluting the internet”. The Indian Govt have their own department that sanction and approve all maps and map making data and say this department was not consulted by Google before the mapping project went ahead or when they uploaded their mapping data.

Take a look at what’s displaying on the maps page: 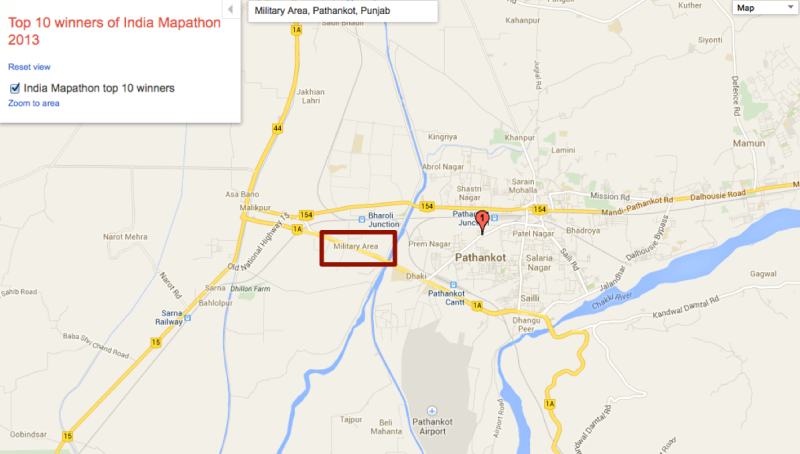