Let’s face it companies in the online marketing industry cannot help but have a chuckle between themselves when a big branded company gets penalised by Google. Such as Interflora, BBC and most recently Expedia.

But what some companies don’t know is that there have been times in the past where Google, yes GOOGLE have been left with egg on their face by breaking their own violations. This is not a one off by Google, they have actually been penalised a number of times.

Here are just a couple of occurrences;

One of the biggest no no’s in Google’s books is buying links to achieve a better ranking on their search engine, which brings me to the first occurrence. 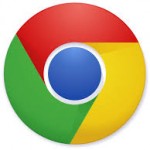 The most recent penalisation which occurred to them was back in 2012. During this time Google had just launched their Chrome browser and started a campaign to promote it.

However, this campaign didn’t go as planned. As you may have guessed, Google found themselves buying links as part of their campaign.

The punishment was quite severe for them, this being that they disappeared for the phrase “Google Chrome” for approximately two months!

Another product of Google’s which was hit by their algorithm is Google Adwords. This occurred in 2010 and was penalised for breaking their cloaking violations. The help pages within adwords were showing inconsistencies with the robots and what human users could see.

The punishment in this instance was that the rankings lowered for phrases such as “adwords help” and “help with Google adwords”. Although to this very day nobody knows how long this penalty was put in place for.

It just goes to show that the creators of the algorithm cannot beat it. This surely sends a message out to people and companies involved in SEO that there is no easy way to the top of the SERPs.