The internet can be an exciting yet daunting place for young children. Search engine results (unless you turn the search engine’s Safety Mode on) could lead children to unsavoury websites. Some of which could expose children to, for example, violence, pornography or gambling. Using Google’s results as its base is a new search engine, Kiddle. 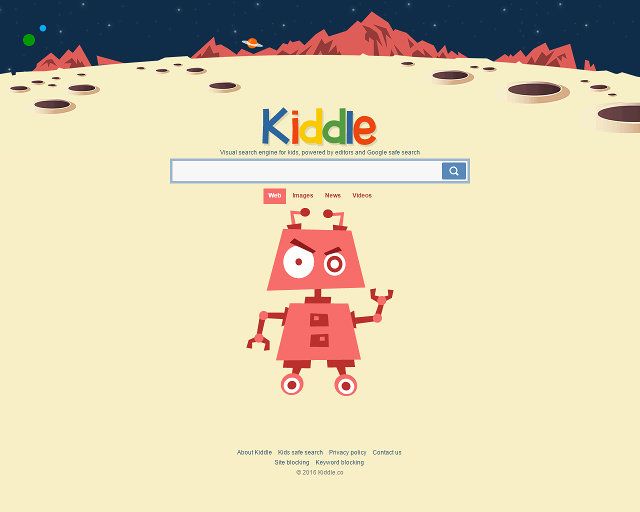 Kiddle has the same minimalist guts as Google, but the white background on the opening screen is inspired by space. It is a bright and jolly take on the normal search engine screen without being too garish.

For our search, we (predictably) searched on Kiddle for ‘Manchester’, Net66’s home. You can choose to search for Web, Image, News or Video results. Kiddle also supports responsive web design, allowing you to search from your smartphone or tablet with ease. 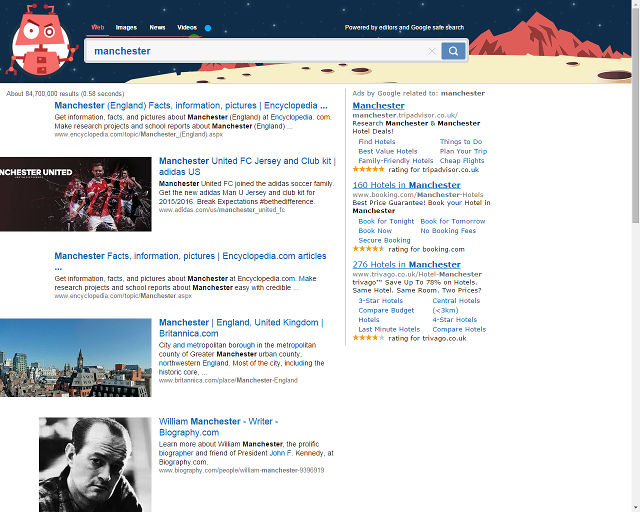 The top result for Manchester focuses on our very own city. This is an encyclopedia.com entry. Instead of Wikipedia, online encyclopaedia related results are sourced from www.encyclopedia.com, www.biography.com, or www.britannica.com.

Depending on the nature of Kiddle’s results, sponsored links (from Google) appear on the right-hand side. For our search, of a tourism theme cajoling users to TripAdvisor.com or Agoda Hotels’ websites. 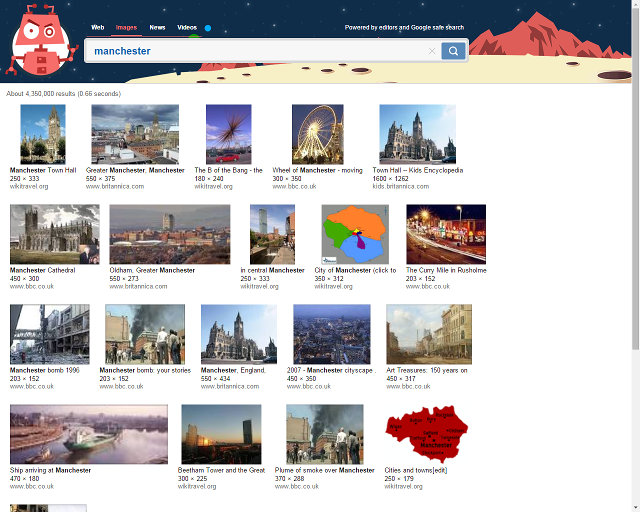 Again, the bulk of the image results come from the same sources as the web results. 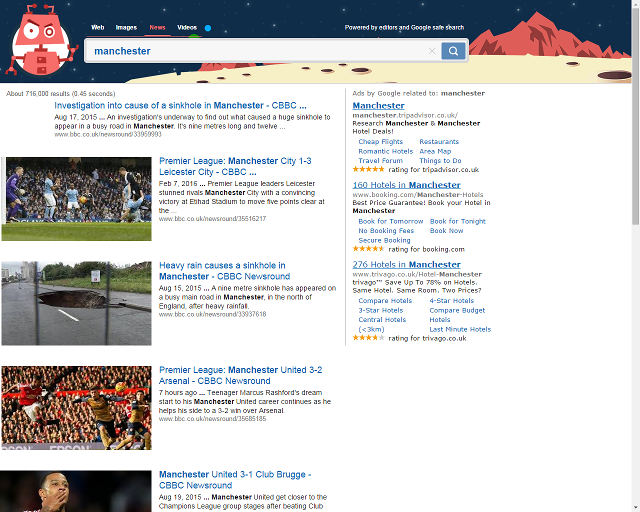 The top ten news results for ‘Manchester’ are derived from BBC’s Newsround pages. Other sources include Discovery and National Geographic websites. Further into the results, none of which are sourced from news websites like The Huffington Post, the Daily Mail or The Guardian. Instead of political bias, Kiddle has opted for easy-to-understand neutral sources (hence CBBC’s Newsround being well represented in our test). 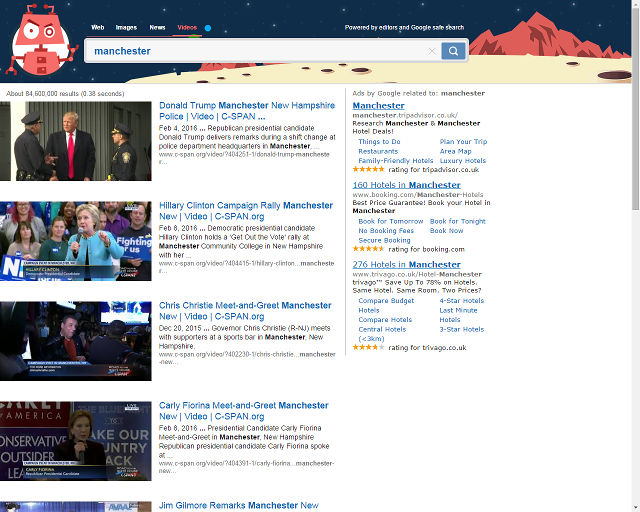 For a child unsure of the machinations of the internet’s ‘Dark Side’, Kiddle is a good search engine to use. More so if your child is of primary school age. The layout is clear, its discerning nature can be both a Godsend and a hindrance. If your child is sat alone at your PC or tablet, Kiddle.co is a good search engine to use unaccompanied. With adult supervision, Google may be a better option for your child.

Older more web-savvy children may be aware of its limitations. Its algorithms are both human and robot powered, with human beings deciding what should be added to the results. Searching for the abbreviated form of a male chicken returns this screen seen below. 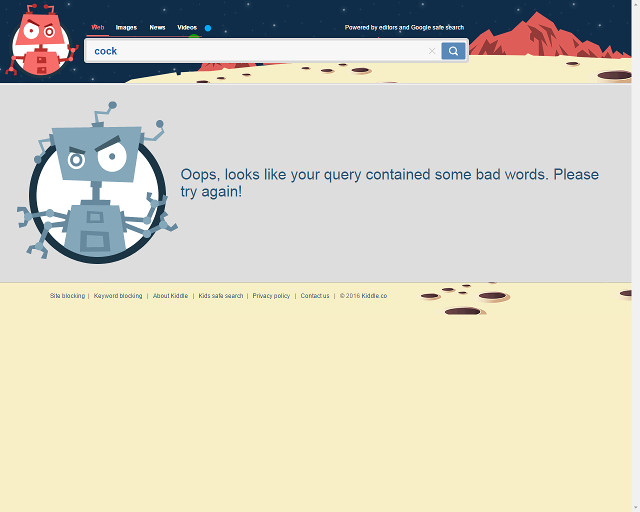 Will it succeed? We doubt it as the average child is more web-savvy than Kiddle’s results suggest. On the other hand, it could be suitable for school networks or other public networks. Perhaps a white label version of Kiddle could be a future prospect.