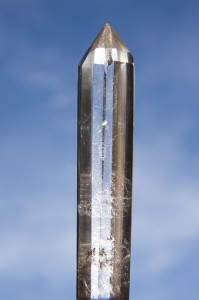 You’ve probably heard of PRISM by now and if you haven’t, you’ve either had your head in the sand or you don’t actually have an internet connection and you aren’t reading these words as I type. But the vast majority of people will have heard of this. PRISM is a scheme that’s been granted access to a lot of information, unwarranted in some peoples eyes, about individuals on the internet.

Apple, Microsoft, Google and Facebook have all admitted passing user data to this PRISM program but have also started that whilst they do comply with official access requests, they don’t grant open access to their servers. With people panicking in the wake of this “Google is spying on us” hysteria (they probably aren’t to be fair), smaller search engines have benefited from this.

DuckDuckGo are just one of the few who’ve seen a boost. The particular reasoning behind this is that DuckDuckGo say they operate a “Do Not Track” policy and don’t record your data. As opposed to Google who record every search string you enter. People worried about their privacy have flocked (pardon the pun) to DuckDuckGo (DDG) to avoid being tracked. Some stats to give you an idea are that DDG has been breaking it’s record of searches per day almost on a daily basis this week.

The migration from Google however does seem to be short lived. People leave Google to an inferior search engine, get frustrated with the results and return with tail between legs.

So have you left Google in the wake of PRISM?