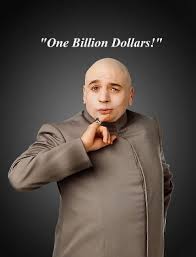 Social Media is an absolute phenomenon at the moment. If you don’t believe me then you’re wrong, and i’ll give you an example.

When Facebook first floated itself on the stock market. The estimated value of Facebook, the biggest Social Media site, was set at $1,000,000,000 (one billion dollars). Admittedly it’s IPO didn’t got massively well, but it has since recovered. Recovered enough in fact to purchase Instagram, a photography-based social media site made popular by its use of filter, for the same price of Facebook IPO’d for.

Hang on a minute. Facebook things an up and coming social media platform is worth as much as itself? Instagram must have been HUGE! It was, everybody used it and it easily mixed with other social media networks too, such as Twitter.

It’s been revealed recently as well that Facebook have offered Snapchat $3,000,000,000 for their company. Snapchat is an app where you can send an image/video of yourself to someone for a certain amount of time before it deletes itself. Facebook, who have seen teenage users depart for different social networks, are using their purchase of snapchat to bring back in teenagers. That is the idea anyway (theoretically).

But the idea of spending three times what your company was at one time worth shows how important Social Media is. See the below infographic on how Social Media has grown over the years. Thanks go to Search Engine Journal: