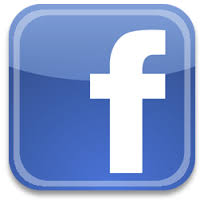 This week Facebook turned a whopping 10 years old! Not that old really, but with Net66 also celebrating their 10 year anniversary this month, it is still something to be proud of.

Facebook celebrated their 10 years in the business with a few announcements. First of all, they released their new newsreader app called Paper. What this does is quite simple really. It takes all the content released by your favourite news outlets, and then adds it into one app where you can browse them all at your convenience.

The second and more widely celebrated announcement was their “Lookback” feature. A video a little over a minute long that goes shows images from your first moments on Facebook, your most liked status’ and what you’ve shared.

The feature proved very popular with thousands of people sharing their own lookback videos. If you wish to view your own all you need to do is log into Facebook and visit: http://facebook.com/lookback/

On the help page associated with the lookback videos there’s a line of text saying “Click Edit Your Movie below the Video Player”. Although there isn’t a button there at present, Facebook have announced that the feature will be released. Here’s a quote from one representative of Facebook:

We will be launching an Edit feature soon that will allow people to change moments in their movies or update the ones they shared. I don’t have exact timing at the moment, but this will enable people to remove a post from the movie that was pre-selected and change it to a different one

Good news then. Will you be changing your Lookback Movie?