Product reviews and their role in consumers’ buying habits 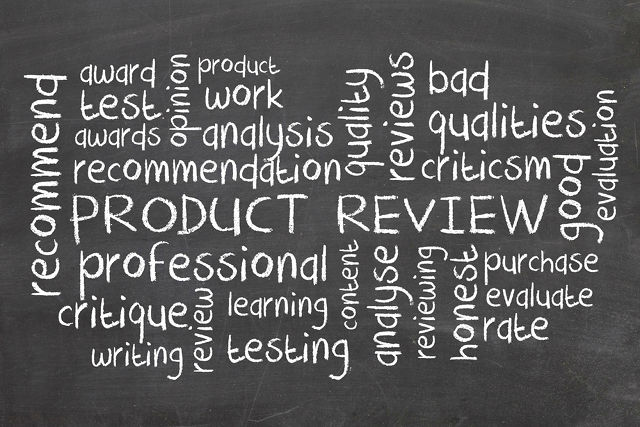 Imagine you’re going on holiday or about to make a major purchase. Among the first things you look at after price is the customer reviews. For your next trip, you look at customers’ experiences of the hotel, tour operator or airline. If purchasing white goods, you weigh up their responses to the item’s performance. The first place they turn to for product reviews is the internet.

Product reviews in the pre-internet era

Before the internet came, word of mouth was pre-eminent. Friends or family would be arbiters of taste or recall their past experience. Outdoor poster sites, newspapers and magazines, TV, and radio advertising also swayed buyers, thanks to effective graphics and advertising jingles. Conversations in cafés or on buses could make or break purchasing preferences.

In the UK, 1957 saw the formation of The Consumers’ Association. The registered charity is best known for Which? magazine its digest of product reviews. Today, their role is just as relevant; besides reviewing products, The Consumers’ Association has picked up on sharp practices and safety issues. Customers gained real kudos – neatly timed for the consumer boom under Harold MacMillan’s government.

Following his ‘wind of change’, shopping moved from ‘need’ to ‘want’. It became a pastime rather than a routine trip for the daily bread. Pedestrianised shopping centres became meeting places – places of leisure. Aspiration. Escape. A rendezvous. A social space for gossip over coffee.

Behind the veneer, aspiration came with a price. A price in the form of high-interest rates on ‘easy terms’. Sometimes, returning faulty products could have been an ordeal. By the 1980s, programmes like That’s Life! and Watchdog exposed customer concerns. On a less negative angle, Cliff Michelmore and Judith Chalmers gave us the lowdown on overseas holidays, thanks to Holiday and Wish You Were Here…?.

We became savvier about our consumer rights; forums for customer feedback appeared in daily newspapers as well as magazines. These include the long-running Raw Deal in The Sunday Post and The Complainer, Jasper Griegson’s Saturday column in the Daily Express. A mention on Watchdog in 1994 was akin to today’s bad review on TripAdvisor or Yelp.

Then came the internet. Our inclination to rate or rant took hold, so product review sites arose. Forums and blogs became helpful sources for independent product reviews. With the wonders of search engine optimisation, a useful source of traffic.

The internet’s role in our purchasing habits has expanded in the last decade. As well as dedicated online shops, and online versions of ‘bricks and mortar’ retailers, forums like Martin Lewis’ Money Saving Expert forms part of the purchasing funnel.

In this context, organic SEO is a great leveller. A blog decrying the shortcomings of a retailer or manufacturer could outdo the retailer or the manufacturer. A post on Mr. Lewis’ forum could have a similar effect. With over 1.5 million subscribers, there is tons of user-generated content. Updates are frequent, usually minutes rather than days.

But organic SEO can be both a blessing and a curse. More so for small to medium sector businesses, less able to splurge on paid search engine listings. Negative reviews on TripAdvisor or Yelp could be damaging to the company’s reputation. On the other hand, positive reviews can be advantageous, resulting in higher conversion rates. With individual products, the customer gains awareness of its features. Its strengths and weaknesses. Either way – in praise or otherwise – product reviews can be good for traffic to the business’ website.

The importance of independent product reviews

Sometimes, you can tell iffy product reviews from a mile off. For example, poor use of spelling, punctuation and grammar. Some reviews could be from disgruntled former employees, or companies trying to besmirch the name of their rivals.

Sometimes, hyperbole would feature. In the pre-internet era, some software houses would overstate the game’s finer points on the back of cassette inlays. Computer magazines would see through the piffle on behalf of its readers. For example, Newsfield’s Zzap! 64 and Crash magazines insisted on having two or three reviewers per game review for accuracy’s sake. Plus, 1980s computer magazines – in the UK – were independent of software houses.

If you go to the online shop of, say Argos for example, customers can submit product reviews. Argos uses a third party company, Bazaarvoice’s Authentic Reviews service. Bazaarvoice is the world leader in this field, with all reviews handled by the Austin, Texas company. Its aim is to ‘turn social media to social commerce’ and the company prides itself on disseminating genuine reviews.

Our company [Net66] have taken the same steps as Argos by subscribing to TrustPilot. TrustPilot offers a similar service to the Home Retail Group’s catalogue-based retailer for SME sector businesses.

Like Argos with Bazaarvoice, we at Net66 pay TrustPilot a subscription fee. In return, TrustPilot siphons off the fake reviews and only publishes genuine ones. Their 30 strong compliance team screens 18,000 reviews per month. There is also a ‘Whistleblower’ function.

There may be similar review sites in every corner of cyberspace, though, in our view, TrustPilot best suits our concern. Its stance on fake product reviews and competitive pricing is a boon for small to medium sector businesses.

We at Net66 aim to begin a longstanding partnership with our fellows at TrustPilot. With the amount of competition in our industry, subscribing to an online review site is an absolute must.